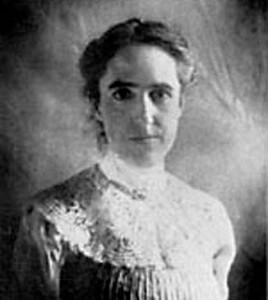 Image is in the public domain via MS-FACE.TUMBLR.COM

Sybil Ludington referred to as the “female Paul Revere” was only 16 years of age when she rode 40 miles on horseback in April 1777 during the Revolutionary War.   She left her home in eastern New York when British soldiers raided Danbury, just across the border in the state of Connecticut.

She was sent after volunteering by her father, Colonel Henry Ludington in charge of the 7th regiment of the Dutchess County Militia in New York State to send word to his troops that the British were about to attack.

In 1975 she was featured on a US postage stamp.

She was a teenage patriot.  Much of her family is interred here. 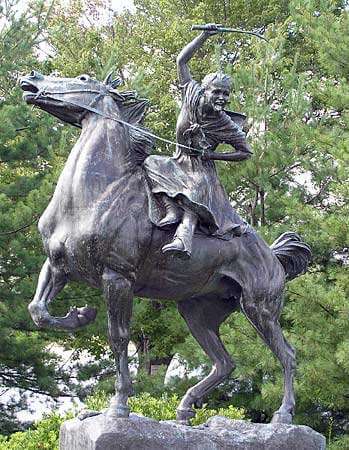 A bronze statute of Sybil Ludington is pictured here and located in Danbury, CT of Putnam county New York.