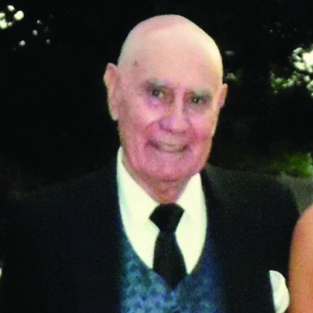 Robert S. Mazzella, a longtime resident of Mahopac, NY and most recently of Levittown, PA, passed away peacefully on March 7, 2021. He was born in the Bronx on June 15, 1939, the son of Joseph and Ida (Guarino) Mazzella. On July 3, 1977 he married Anne Lofaro at Good Council Chapel in White Plains, NY and they were blessed with two daughters, Danielle and Nicole.

Robert had a calling early in life to serve God and was ordained a Catholic priest. He left the priesthood after a time and worked in insurance sales before finding his love of teaching, which he continued to do up until 2020. He taught in the New York City Public School System and most recently spent the last 15 years working at Strategic Learning in Yorktown Heights, NY as a tutor.

In the evenings, he could be found preparing dinner while listening to Jeopardy and answering many of the questions. He most recently found a love for NASCAR and basketball. As a family man, he was happiest when he was on vacation in Disneyworld with his “girls”.

Robert is survived by his daughters, Danielle Mazzella (Vince) and Nicole Mazzella, and his grandson, Nicholas Depierro. He was predeceased by his wife, Anne and his siblings, Frank Mazzella and Louise Mallardi.

All are welcome to attend a visitation on Friday, March 12th from 5-8 PM at the Joseph J. Smith Funeral Home, 692 US Route 6, Mahopac, NY. A Mass of Christian Burial will be celebrated on Saturday, March 13th at 10 AM at St. Joseph’s Church in Somers, NY. Following the Mass, he will be laid to rest with his beloved wife Anne at Raymond Hill Cemetery in Carmel, NY.