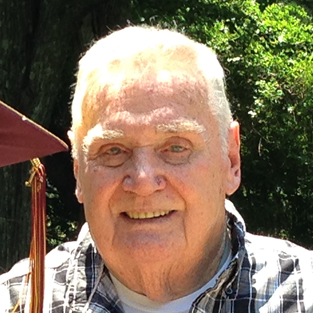 Robert graduated from Saunders Technical High School in Yonkers and served honorably with the US Army from 1948-1951. He served the City of Yonkers as a firefighter, retiring in 1991 after a distinguished 34 year career there. In 1971, Robert and his wife, Carol moved to Mahopac from Yonkers. Robert enjoyed collecting coins.

On January 30, 1960 he married Carol Leahy at St. Joseph’s Church in Yonkers. Carol passed away on July 23, 2015. He is survived by his sons, Robert and his wife, Marie of Brewster, NY and Thomas and his wife, Donna of Poughquag, NY; his daughter, Maureen Salerno and her husband, Michael of Mahopac and his 7 beloved grandchildren, Taylor, Thomas, Robert and Ryan Jones and Robert, Patrick and William Salerno. He was predeceased by his mother, Julia Bly Jones.

Most important to Robert was spending time with his wife Carol before she passed and his children and grandchildren.

Visiting will be held on Friday, April 23 from 3-7 pm at Joseph J. Smith Funeral Home. A Mass of Christian Burial will be celebrated on Saturday, April 24 at 10 am at St. John the Evangelist Church in Mahopac with interment to follow at Raymond Hill Cemetery in Carmel.