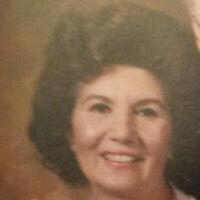 It is with heavy hearts that we announce the passing of Paula ter Steege, 92, on July 31, 2020. She was a resident of Carmel, NY formerly of Lodi, NJ.

Paula worked over 45 years as a converter for Chave & Early Co. in the NYC Garment District. She later retired and worked part-time for a CPA.

Paula was predeceased by her beloved husband William ter Steege, her two sons William and Robert Rado, as well as her sister Geraldine and her brother Frank.

A Visitation to celebrate Paula’s life will be held on Wednesday, August 5, 2020 from 1pm to 3pm followed by a Prayer Service at 3pm at Cargain Funeral Homes, Inc. 10 Fowler Ave., Carmel, NY 10512.

Paula will be escorted to her final resting place where her two her two great grandsons – Brian and Keith Bartels will be Pallbearers at Raymond Hill Cemetery, Carmel, NY 10512.