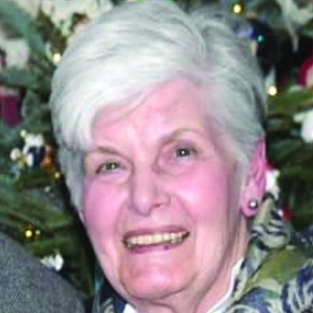 Joanne Velardi Messer of Brookfield, passed away suddenly, at Danbury Hospital on February 10, 2021. She was a loving wife, mother, grandmother, and great-grandmother.

Joanne was born in NYC, NY, on December 19, 1930 to the late Joseph and Lillian (Schroeder) Velardi. She attended schools in NYC and graduated from Walton High School and the State University of New York. Joanne was a homemaker, raising her five children, then returning to work in several area companies as an Executive Assistant and later, Head of Human Resources.

She was very proud to have lived in the same house in Brookfield for over 63 years. Family meant everything to her and she led by example throughout her lifetime!

Besides her husband, Frank, Joanne was predeceased by her daughter-in-law, Bonnie Messer; brother-in-law, Donald Ticehurst; and sister-in-law, Toni Velardi.

A Private Mass of Christian Burial will be celebrated at St. Joseph Church, Brookfield with burial to follow in Raymond Hill Cemetery, Carmel, NY at the convenience of the family.

There are no calling hours.