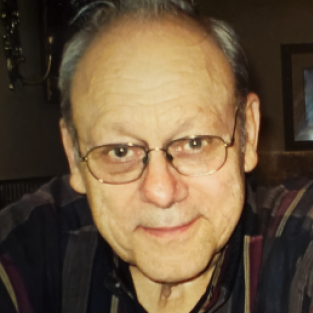 Frank Degano, age 86, of Carmel, NY and formerly of the Bronx and Italy, passed peacefully into God’s hands on November 15, 2020 surrounded by his loved ones. He is survived by his daughter and son-in-law Marie and Nelson Sahle, son and daughter-in-law, Brian and Amy Degano and his seven grandchildren, Ryan, Lexi, Matthew, Nelson, Patrick, Claire and Liam. He is preceded in death by his loving wife Margaret Degano, his parents Virginio and Noemi Degano, his sisters, Jesuina Sartin and Theresa Paladini. Frank is also survived by many other loving nieces, nephews and cousins.

Frank, known to many by his nickname “The Chief”, was born in Udine, Italy. He moved to the Bronx with his family when he was a child. It was here that he met his loving wife Margaret. They were married on January 28, 1967 and enjoyed numerous adventures together during their fifty-two years of marriage. Frank and Margaret returned regularly to visit Margaret’s family in the towns of Kilgarvan and Kenmare, Ireland.

Frank was a dedicated father who cared deeply for his children. He loved being “Pop-Pop” to his seven grandchildren. He was well known in the community and was a friend to everyone.

Frank had an extensive professional career working in the Mosaic and Terrazzo trade for approximately 50 years beginning in 1955. His work can be seen throughout the tristate region. He also served as union President for over 20 years. Frank enjoyed being active in the local community, including the Sons of Italy and the Emerald Society and the Knights of Columbus. He also served in the National Guard.

Frank will be truly missed, but never forgotten by all his loving family and friends, as he will continue to remain in their hearts forever.