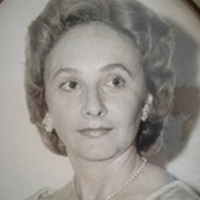 Emilie was born on January 16, 1925 in Munich, Germany to Max and Louise Kielhofer.

Emilie lived a full life. She learned to pilot a glider as a teenager and traveled throughout Europe as a young woman. She lived through the war-torn Germany in WWII. She loved photography.

Emilie came to New York City after the war and married her beloved Joe, who was an American soldier. After moving to the suburbs of Long Island, they had a son Jeffery.

Emy (as she was often called), managed the family’s plumbing and fuel oil business out of Deer Park, Long Island. One day, the dog ran away and was captured by the dogcatcher. Emy found the dog at the dog pound a few days later. The man told her she was lucky that she got the dog in time. “In time?” she asked, “What do you mean?” He explained that there are so many dogs and after they have been unclaimed for seven days, they are euthanized. Within days, Emy and Joe bought a vacant lot next to the dog pound and built an animal shelter with their own money. She would then go collect the dogs that were on their last day to find them homes. This was in the early 60’s.

Years later, when the family moved to Carmel, Emy volunteered in Putnam Hospital and became a Nurses Aid at the Kent Nursing Home. She later became an Occupational Therapist. She was also one of the original members of the Carmel Volunteer Ambulance Corp. at its inception. After the sudden passing of her husband Joe, her son Jeffery moved to New Rochelle, Emy sold the house and bought a condo in Patterson Village, where she became the manager of the maintenance department for many years before she finally retired. Emilie will be missed by everyone lucky enough to have known and loved her.

Emilie is survived by her beloved son, Jeffery Kroboth, his wife Rose and her grandchildren Jessica and Christopher of New Windsor, NY.

Immediately following the visitation, will be a graveside service at Raymond Hill Cemetery in Carmel.

The family would like to thank everyone for their understanding during this difficult time.