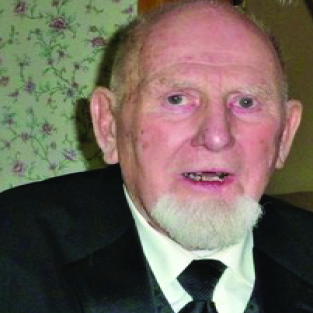 At a young age the family relocated to Larchmont, a beautiful small town in Westchester County NY, which he would fondly reminisce about his happy childhood memories.

In 1940 he enlisted in the US Navy and worked his way up to Chief Petty Officer during WWII. Even after being on the US Hornett aircraft carrier, which was shot down and sunk in the Pacific Ocean, he still spoke of the Navy years with great pride, and referred to them as some of his best years.

He worked at Nichols Hardware in Carmel NY for over 30+ years. Referred to there by the name (Ted), he thoroughly enjoyed his work helping people of the community. He also was known as the fix it guy, who had a side business repairing broken screens and small applicances.

Him and his wife lived a quiet life, but would enjoy stepping out on weekend nights to dance the night away at the old Happy Valley Restaurant. In his later years he enjoyed a good round of golf!

Edward had a life well lived! He was a kind man with good old fashioned manners and values. To all who knew him, he will be missed!