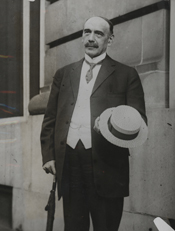 Cornelius Amory Pugsley was the Democratic Congressmand from New York’s 16th congressional district.  He was also the President of the New York State Bankers Association.

He served as president general of the American Revolution.  He also served as a member of the Westchester Park Commission and created the Pugsley Medal to honor those who protect the parks and conservation land.