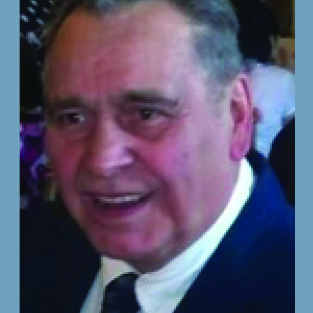 Arthur Buttner, 79, of Holmes, New York passed away Sunday, October 17, 2021 at Mt. Sinai Hospital in New York City. He was born on December 17, 1941 in Hollingstedt, Germany to the late Heinrich and Wanda (Rota) Buttner.

In 1966, he met Resi Stroher of Estancia Velha, Brazil. They married on February 24, 1968 in New York City and resided in Bronx, New York for 15 years. Later, they moved to Holmes, New York.

Arthur emigrated from Germany to the United States on February 18, 1957. He was employed at George Hantscho Machine Shop in Mt. Vernon, New York for 25 years. Later, Arthur was employed at Dynacast in Yorktown Heights, New York for 5 years before retiring as a machinist. To fulfill his retirement days, Arthur worked part time at ShopRite of Carmel for 28 years until his passing.

He was proud and found joy with his eight grandchildren: Jeffrey and Reem Skaf, Zoe and Remi Kuczinski, Jonah and Micah Buttner, and Juliana and Alexander Jack (AJ) Buckley.

Arthur will be deeply missed by his family. He will be forever in our hearts.

A funeral service will be streamed live on Friday, October 22, 2021 at 12 noon from the Balsamo Cordovano Funeral Home, Carmel, NY. Information regarding the live stream event will be posted on Facebook.

Interment will be at the Raymond Hill Cemetery, Carmel, NY